We are very happy to receive such a beautiful prize from an honest and sensitive international jury!
The thinking went straight to Bảy and her family, to Thanh, Dung. The strength of the movie is the honesty and sharing of the project by workers who have taken part in it.
We are delighted to share this award with the protagonists of the movie!
Thanks to the Golden Tree International Documentary Film Festival, to the jury, to all people who worked on this Project, to all people who supported us from below and who support the long research!
All of this has been possible only thanks to the forces coming from below, which guaranteed the independence and honesty of the project!
Now our path always follows in an obstinate and opposite direction, until victory!
The concussion and happiness told in the photo, shows us also that finally director Parsifal has finally found the Graal (see case right in #Germany).

PARSIFAL REPARATO:
The Frankfurt school, China and the Graal: it was destiny I became winner.
Nimble fingers won the Besti medium-length documentary at the Golden Tree FF
The international jury, recruited on the basis of skills, and not on the basis of friendships, met in Frankfurt. In Frankfurt everyone met for first time the founders and the organizers of the Festival, who from China decided to found the Festival in the heart of Europe.
The atmosphere of cordiality and the desire to know each other have made this Festival very intersting.
After months that I see the film going around the world, and turning too little in Italy, or even worse seeing it censored by the @Ambasciata Hanoi, discover a place where none organizer knew their winners, there were no friends of friends, but only a jury that assessed the works for artistic and technical quality and not for anything else.
After months in Italy I saw the film rejected without explanations from festivals considered important for documentary films such as Nimble Fingers, I could not and I can not get a reason.
Too often the “friendship” / relationship that exist between Producers and Festivals organizers prevail, in fact films born and produced without any big name behind them, actually made only from below, they submerge into the silence, the only fault is the independence that we have conquered with the only effort of our work, bypassing everything that the film industry of our country would want to impose!
Well, this time the ideas, the WORK, have had the best on the rules of the market of an industry that is used to reward only itself.
This time we were lucky to meet a young Festival, a passionate, disinterested jury and organizers who can teach us a lot from China!
I wonder if one day, even in Italy, we will be able have festivals free from patronage relationships, where quality will be able to prevail over “friends of friends”.
Nimble fingers is a revolutionary film for what it tells, for how it was made and how it lives its glory. This is why the Golden Tree Film Festival prize will be shared with the protagonists, the workers of foreign companies in the suburbs of Hanoi, who have an average salary around $ 180 a month.
Here is a way where documentary filmmaking can be militant from the beginning to infinity … in stubborn and contrary direction!
Hurrah Nimble fingers, hurrah the Frankfurt school, hurrah China, hurrah Vietnam, hurrah the workers who do not give up! 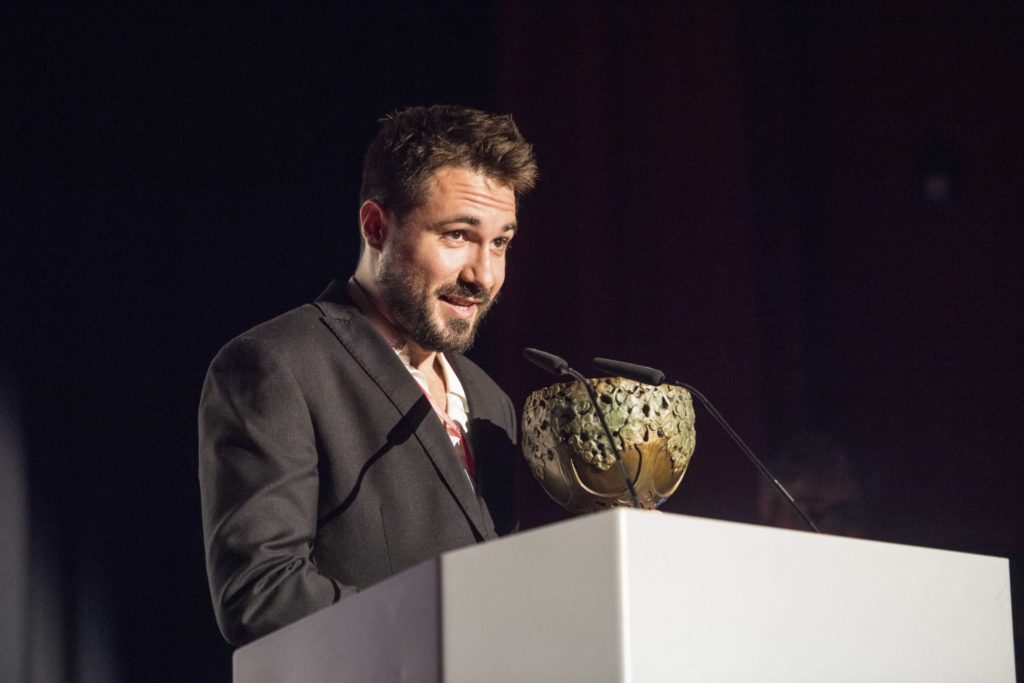